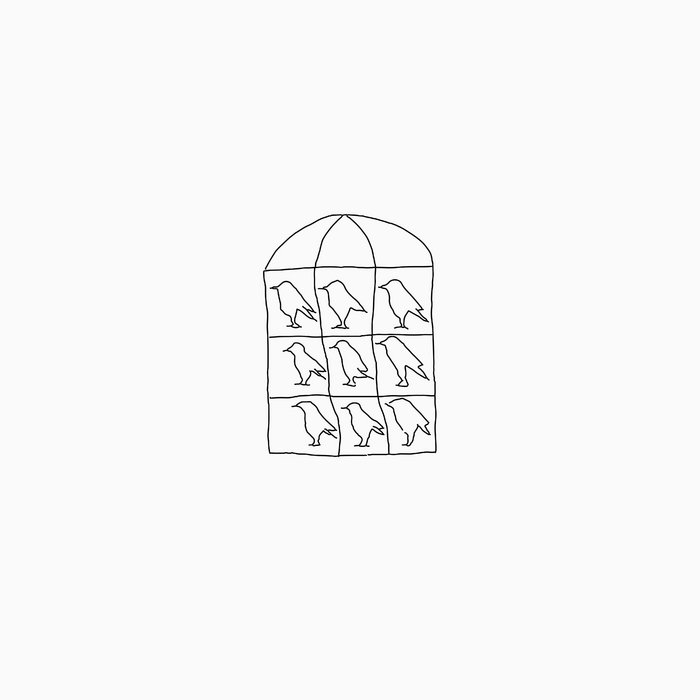 ~~~~~ In the past six months, I’ve become more conscious of the dust settling on my bookshelves and windowpanes. Not that I didn’t notice it before, but with the additional time spent in my apartment, it is hard not to become more aware of your confines—all the small cracks in the cupboards and droplets of white paint on the wood floorboards eventually reveal themselves.

Contained and simple, Casa, the third album from Catalan multi-instrumentalist Ubaldo (Andreu G. Serra), is constructed of broad, expressive ambient strokes, with understated inflections of guitar, voice, saxophone, and piano. The soundscapes on Casa seep into you like morning light through a sheer curtain and illuminates the room. Ubaldo does not build separate worlds on Casa, but instead, he highlights the one we know. Like water, Casa takes the shape of its container, filling whatever space you feel most stable in.

Generally, my philosophy is that stagnation is dangerous. Until recently, I think I have been too naive, privileged to acknowledge how comforted and strong being settled can make one feel, and how important it is to appreciate stillness in the rare times it’s available to us. Casa has been my reminder. ~~~~~
toneglow.substack.com/p/033-our-favorite-albums-july-september
~~~~~ Evan Welsh (TONE GLOW) ~~~~~

~~~~~ Ubaldo, the project of Ebro Delta musician Andreu G. Serra living in Brussels, is one of a couple different offshoots of his creative capacity. Bimbo Picasso is a punk inspired guise and his collaboration with Kiran Leonard, Or Sobre Blau, is an experimental dual guitar outlet, full of brambling free passages. Casa, “house” or “home” in Spanish and Catalan, is the third full-length as Ubaldo, and it is an album full of hedging, round feedback tones, breathy and melodic vocals and sustained or gritty, plucked strings.

Casa was recorded as a sound diary to Serra’s acclimation to his new home in Brussels, following a stretch of life embracing nomadic living, moving from place to place over the past few years. During this new frame of life, Serra also started renovating a friend’s home located on the city’s outskirts, clearing gardens, restoring crumbling walls, and attempting to heal diseased trees. These manual, restorative processes, done out of love and self-health, along with digesting the meaning of creating a home after years of constant travel, seem to have deeply inflected the recordings that Serra created during this period.

The structures of these songs are loosely defined, often drifting into one another, and sharing broader ideas. Bellowing feedbacks direct the melodic path of many tracks, like “Ma germanes,” like developing still lives. On other tracks, Serra lets his sporadic but gentle guitar playing establish a tone, as he does on “Mos falten persones co Xuanill,” sometimes pairing his guitar with reverberated, vaguely folky sung vocals of his own, like on “Le gui (I else que no volen veure)”. Serra creates fragile, growing songs, displaying an ability to handle a wider range of modes.

Casa, at times, bridges the warmth of Marissa Anderson recordings with those of more ambient and electronic affairs, like Stars of the Lid. It approaches a middle ground, or more accurately a shared element, of the polar opposites Serra displays a passion for with his Ubaldo project. It can be hard to find common ground in separate elements of life, but in emotionally challenging moments it becomes possible due to extended moments of reflection. By inverting pre-existing perceptions, you often find a different meaning. Casa is the sound of Serra realizing the power of those reflective moments and finding a way to capture it in resonant ways. ~~~~~
dustedmagazine.tumblr.com/post/627615157816868864/ubaldo-casa-urpa-i-musell
~~~~~ Ian Forsythe (DUSTED MAGAZINE) ~~~~~

For Adela, who is finally at rest. For my family.
For the Bogdanowicz family who made me feel at home
1,483 km away. For Valentin, Kiran, Fer, Yuval,
Suso, Vik, Max, Anna, Pablo, Jaume, Sidney & Helena
for giving their grain of salt during this process.
For the people with whom I shared some moment
over these past two years and for those who are always there.
For Arnau, Ignasi & Gerard, a.k.a. Urpa i musell
for pushing this forward.

Choose a good spot & enjoy listening.
From here on out, thanks for the exchange.

IF YOU CAN'T OR DON'T WANNA PAY FOR THE ALBUM, JUST SEND ME AN EMAIL AND I WILL SEND YOU A LINK WITH PLEASURE.
THANKS A LOT FOR LISTENING! 🌝

based in Brussels
raised in Amposta.
.

Bandcamp Daily  your guide to the world of Bandcamp

Featured sounds from Fly Lo and Ahmed Idris, plus Mother Nature hops on to drop off new project